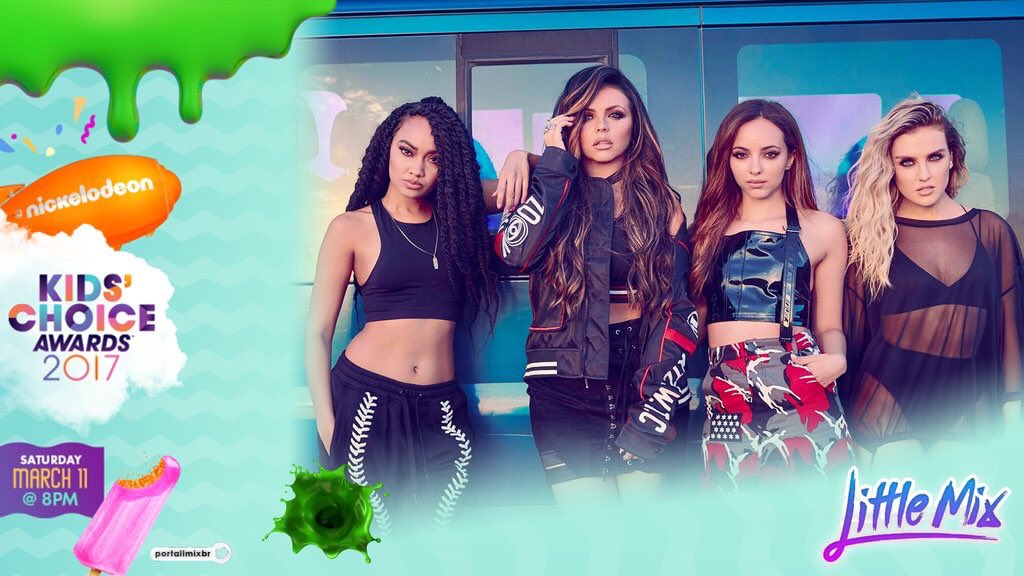 Little Mix has been nominated in the following categories at the BRIT Awards 2017: 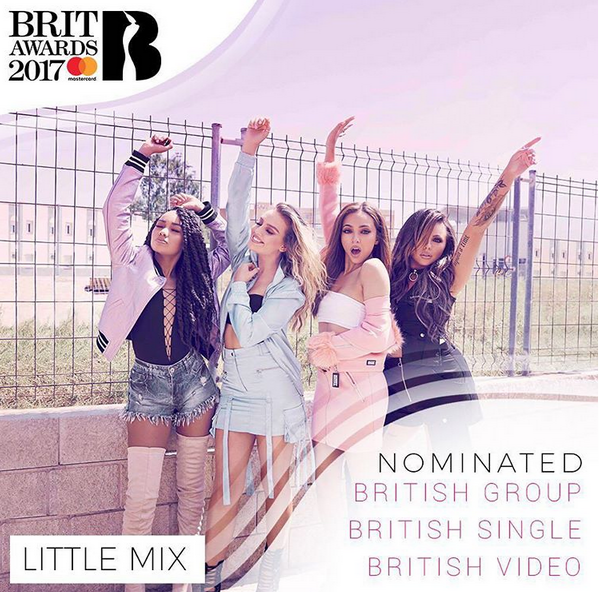 British Single Of The Year (Shout Out To My Ex)
British Group
British Video (Hair) – vote with the hashtag #BRITVIDLITTLEMIX on Twitter. You can only vote once every 24hrs

Also Little Mix will be performing at the Brits!

2017 keeps getting BETTER!? We're SO excited to announce that we're performing at the @BRITs again ? last year was a dream❤❤ #LittleMixBRITs pic.twitter.com/uJmDsMiaLB

Glory Days won The Sun Bizarre Award for ‘Best Album of the Year’!

WHAAAAT! We won?! ??? We won an #MTVEMA on #GetWeird's anniversary! ?? ALL because of you… Love you guys to the MOON & Back ?? the girls x pic.twitter.com/bSf8puoAiw

Little Mix are nominated for “Best UK & Ireland Act” at this year’s EMA’s! Voting for the EMAs starts on the 27th!

The 2016 MTV EMA nominations aren’t being revealed until 27th September, but today we’re revealing the acts nominated for Best UK & Ireland act and giving YOU the power to vote for the fifth nominee!

This is your chance to get that one local act that’s always overlooked into the spotlight. The four nominees lined up for the award so far are…

…and now it’s up to you to decide who the final nominee will be.

Who’s going to get that all important nomination? We’ll tell you on 27th September when the full 2016 MTV EMA nominations are revealed. In the meantime, get tweeting!

« Previous 1 … 4 5 6 7 Next »
Little Mix
Little Mix is a British girl group consisting of Jade Thirlwall, Leigh-Anne Pinnock, and Perrie Edwards. They competed on the eighth season of The X Factor UK and won. Little Mix’s first single “Wings”, was released on August 26, 2012, it reached number one in the UK and Ireland. Their second single, “DNA” was released on the November 11, 2012, it peaked at number 3 in the UK. Perrie Edwards, Leigh-Anne Pinnock and Jade Thirlwall successfully auditioned as soloists for the eighth series of The X Factor in 2011. READ MORE
Perrie
Jade
Leigh-Anne