Jun
Little Mix are the first and only female group in history with two albums over 1,5 billion streams on Spotify!
posted by: Summer Album Get Weird Glory Days Little Mix News Spotify

Little Mix are the first and only female group in history with two albums over 1,5 billion streams on Spotify! “Get Weird” has reached now over 1.5 BILLION streams!

Mar
‘Get Weird’ has been certified 3x Platinum in the UK!
posted by: Summer Album Get Weird Little Mix News Twitter

Little Mix’s ‘Get Weird’ album has been certified 3x Platinum in the UK!

Little Mix perform Hair on their Get Weird Tour Live at Wembley.

Also you can check LQ screencaptures from video in gallery.

From the Spice Girls, to Atomic Kitten, many past girl groups found success in Australia apart from their native land. Now, new vocal girl group Little Mix have leaped towards the number one spot in terms of ARIA certifications.

With 17 total ARIA certifications, the girls have found themselves beating the Spice Girls’ 16 certification record placement. A huge applause!

The vocal act have been readily welcomed with open arms in Australia ever since their debut single ‘Wings’ went triple platinum for selling 210,000+ units. It peaked at #3 on the ARIA charts and from that moment on, the selling momentum has steadily gone on and on.

Their recent album, Get Weird, found itself with four major singles that all successfully charted on the ARIA charts. The 80’s dance-pop themed ‘Black Magic’ went double platinum, followed up by ‘Secret Love Song’ going platinum, as well as fourth single ‘Hair’ which also went platinum.

While ‘Love Me Like You’ did peak at a respectable 27 on the ARIA Singles chart, it seemed to have peaked shy of going Gold. Nonetheless, it might still find its way going Gold due to small weekly sale accumulations for the rest of the year.

Overall, the group have 8 top 40 hits in Australia and their journey in the country has only just begun. Besides bringing their global Get Weird tour (the best selling girl group tour of the decade so far) to Australia, the four young ladies will probably end up yielding another successful Little Mix era.

The charts itself prove that fellow Aussies are head over heels for Little Mix. 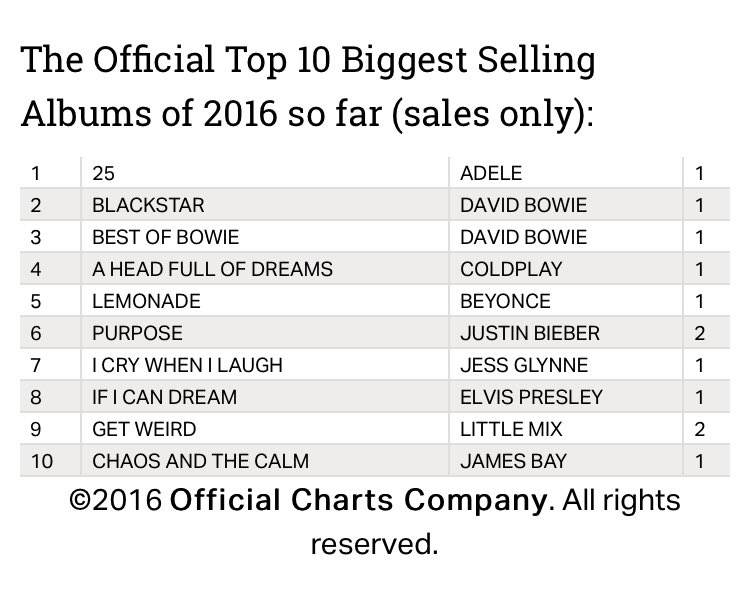 Coldplay and Little Mix have the biggest selling group albums of 2016 so far!

Get Weird is the 9th biggest album of 2016 so far after Drake! 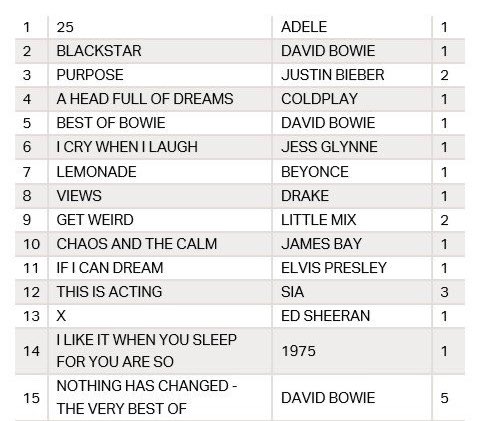 Watch full concert (via. Gleek Glee):
1 2 3 4 Next »
Little Mix
Little Mix is a British girl group consisting of Jade Thirlwall, Leigh-Anne Pinnock, and Perrie Edwards. They competed on the eighth season of The X Factor UK and won. Little Mix’s first single “Wings”, was released on August 26, 2012, it reached number one in the UK and Ireland. Their second single, “DNA” was released on the November 11, 2012, it peaked at number 3 in the UK. Perrie Edwards, Leigh-Anne Pinnock and Jade Thirlwall successfully auditioned as soloists for the eighth series of The X Factor in 2011. READ MORE
Perrie
Jade
Leigh-Anne