On 12 January at 5pm on ITV, Clara Amfo hosted ‘The BRITs Are Coming’ – a one hour TV special which was exclusively reveal the much anticipated nominations for The BRIT Awards 2019, reflecting on yet another incredible year for British and international music.

Alongside the shortlist reveal, including the highly sought after Mastercard British Album of the Year, the show was feature exclusive performances by some of the UK’s most exciting music acts like Little Mix, George Ezra (…)

Also Little Mix are nominated for “British Group” and “British Artist Video Of The Year” at The BRIT Awards 2019! 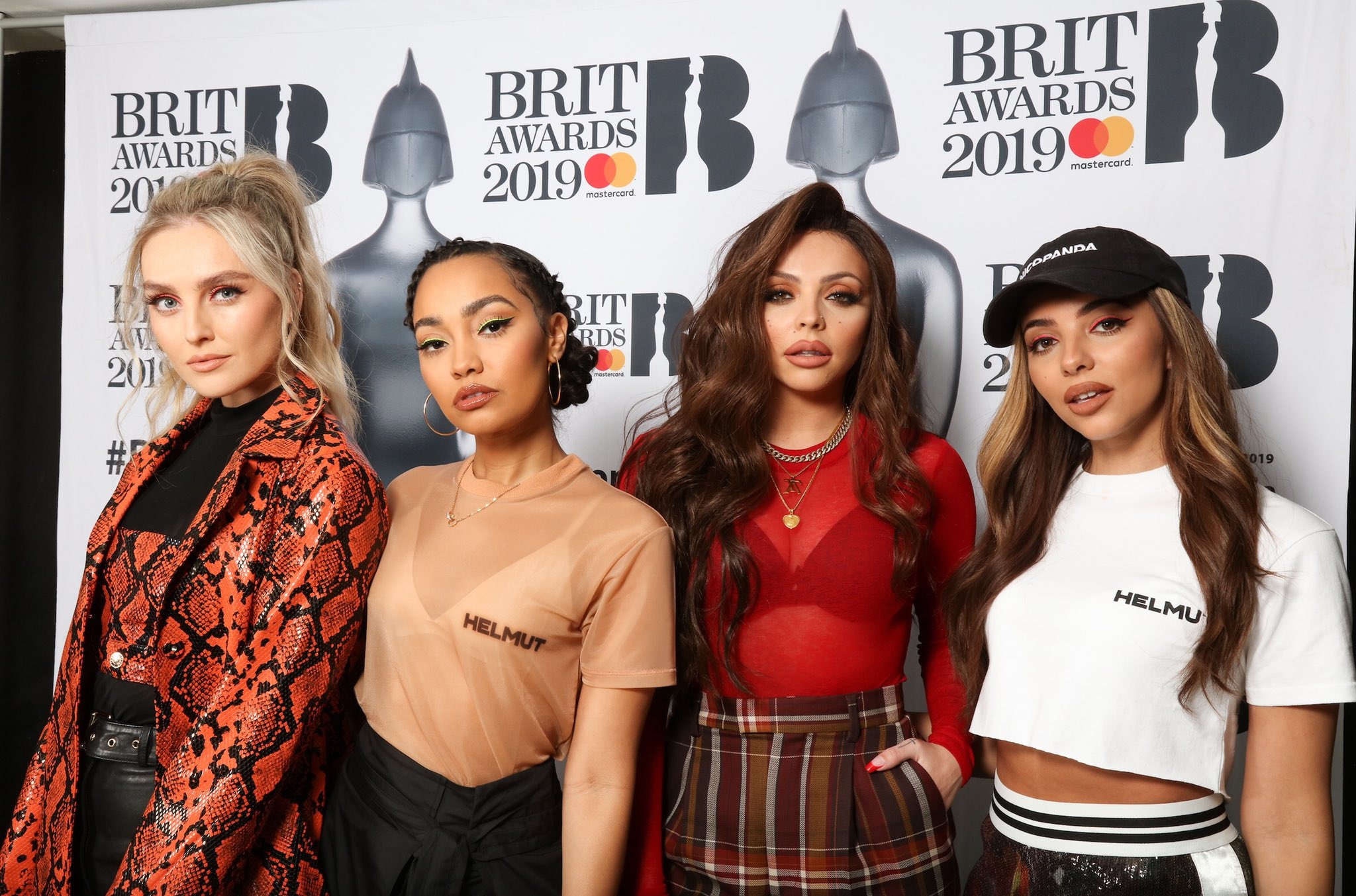 Wow! We’re up for ‘British Group’ at the @brits this year! Getting to do what we love with our sisters is an absolute dream!!
Thank you much ♥️😭 #BRITs
the girls x pic.twitter.com/38cRvkigoJ

Our video #WomanLikeMe with the Queen @NICKIMINAJ is also up for a @BRITs Award!!!! Thank you to everyone involved and YOU our amazing fans for watching it over and over 😂♥️ we LOVE you.
Get ready to VOTE and smash it like you always do from Feb 4th!
the girls x pic.twitter.com/OjWSJwprUQ

Perrie and Hatchi are nominated at 2019 iHeartRadio Music Awards!

Social voting begins on January 9th and will close on March 7th.

For worldwide votes, you can use twitter and TWEET these hashtags
#Hatchi #CutestPet #iHeartAwards — all 3 hashtags must be included for it to count as one vote. Retweet!


iHeartRadio Music Award this year by tuning into FOX on March 14th where the show will be broadcast live from the Microsoft Theater in Los Angeles from  8-10pm ET/PT tape-delayed.

Little Mix are nominated for “Best UK & Ireland Act” at #MTVEMA! Voting is now open, you can vote here | mtvema.com 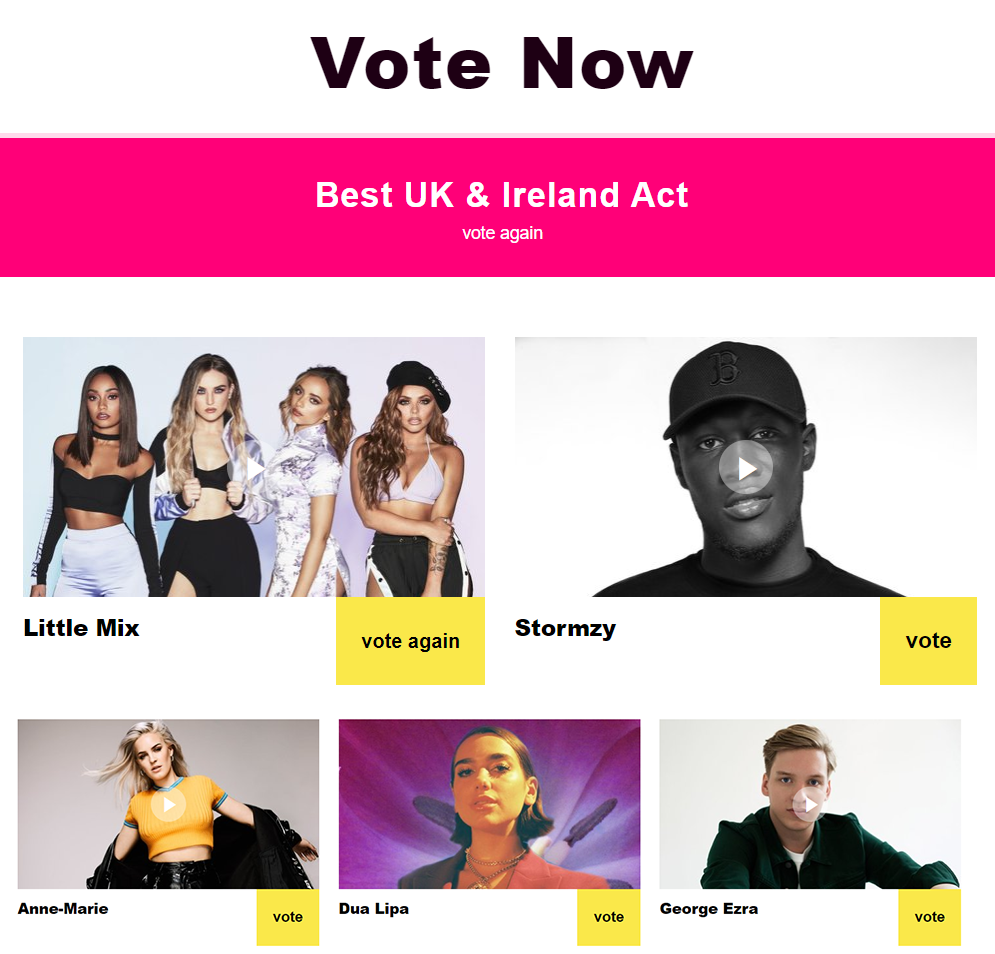 🚨 Like this pic to vote for @littlemix to be your 2018 Best UK & Ireland Act Wildcard nominee! For more info and voting terms head to: mtv.co.uk/music #MTVEMA #MTV #LittleMix

Voting for the #R1TeenAwards is now open!

Who gets your vote for Best British Group?

Leigh-Anne Pinnock is Capital's Sexiest Female in Pop 2018! 👑 With over 48K votes, she's this year's Number 1 and @LittleMix have taken *all* the Top 4 places 🔥

Looking at her holiday pics on Insta, it's no surprise @LittleMix's Perrie is at Number 2 on #CapitalSexiest 2018 🔥 There were over 43K votes for last year's champion! 💋 https://t.co/5ZSD16WB40 pic.twitter.com/QPQDeQsiqX

Who got the power? 💥 @LittleMix's Jesy has with over 31K votes, putting her at Number 4 on this year's #CapitalSexiest 💋 https://t.co/5ZSD16WB40 pic.twitter.com/QGwrXjN5LR

« Previous 1 2 3 4 5 Next »
Little Mix
Little Mix is a British girl group consisting of Jade Thirlwall, Leigh-Anne Pinnock, and Perrie Edwards. They competed on the eighth season of The X Factor UK and won. Little Mix’s first single “Wings”, was released on August 26, 2012, it reached number one in the UK and Ireland. Their second single, “DNA” was released on the November 11, 2012, it peaked at number 3 in the UK. Perrie Edwards, Leigh-Anne Pinnock and Jade Thirlwall successfully auditioned as soloists for the eighth series of The X Factor in 2011. READ MORE
Perrie
Jade
Leigh-Anne