Oct
SOTME IS NOW ON SPOTIFY!
posted by: Summer Little Mix Music Shout Out To My Ex

Shout Out To My Ex is available on Spotify now!

Little Mix talk about Shout Out My Ex and Luke Pasqualino!
Perrie has confirmed she wants nothing to do with her former lover, and has refused to let him hear the diss track before it gets released. When asked whether she warned Zayn about the song in advance, she bluntly replied: “No.” And bandmate Jesy Nelson had no problem explaining why, adding to The Sun: “We don’t think he deserves a warning! He’ll just have to wait to see.” The band’s new song – which is the lead single from their fourth studio album, Glory Days – will be performed live on this Sunday’s X Factor for the first time, and then immediately become available for download. Shout Out To My Ex’s lyrics waste no time getting to the point, either. In one scathing line, the girls reference Zayn’s Perrie tattoo, as they sing: “Guess I should say thank you, For the ‘hate yous’ and the tattoos, Oh baby I’m cool by the way, Ain’t sure I loved you anyway.” And while Perrie is finally serving up her revenge, the songstress isn’t entirely about focusing on the past. Instead, she’s looking towards the future with her Our Girl actor beau, Luke Pasqualino. The singer recently started dating the former Skins actor and was even spotted kissing him at Leigh-Anne Pinnock’s 25th birthday party last weekend. When speaking about their romance, Perrie said: “We’ve been on a few fun dates, which is nice. It’s very early days. It’s early days but yeah, he’s really lovely.” And when asked whether Luke has heard their new single, she replied: “Yeah, he thought it was good.” While Perrie may not have let Zayn know about the bombshell about to be dropped, Leigh-Anne gave her ex, Jordan Kiffin a heads up. She revealed that the pair are still friends and she didn’t want to be rude, explaining “it’s a strong statement” before adding” “It’s not going to be nice for any of them, let’s face it.”

At Little Mix’s twitter you can see next preview of Shout Out To My Ex music video with Jade:

Also girls announced their performance at The X Factor this Sunday:

Now we can see a preview #1 of Shout Out To My Ex music video with Perrie! Video was posted via Little Mix’s twitter. Also I added a few screencaps to gallery!

Shout Out To My Ex (preview#1) Screencaptures

Shout Out To My Ex will be release next Sunday (16.10.16) after first ever Little Mix’s live performance of it on The XFactor tv show! Who’s ready?

Nothing's official until we announce it ?? our new single #ShoutOutToMyEx is happening! ? … hope you're as buzzing as us! ❤️❌❤️ the girls x pic.twitter.com/R0P9rdpMoO

We’re releasing #ShoutOutToMyEx next Sunday 16.10.16 after our FIRST EVER live performance of it on @TheXFactor!!?❌ CAN’T WAIT! the girls x pic.twitter.com/UdupLVMn1M

I added two first photos from photoshoot for Shout Out To My Ex: 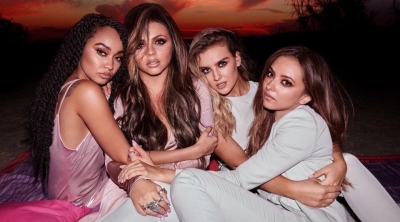 Sony Music China have posted a brand new single cover on Chinese social network Weibo. Shoutout To My Ex is set to be released as Little Mix’s first single from their fourth album. 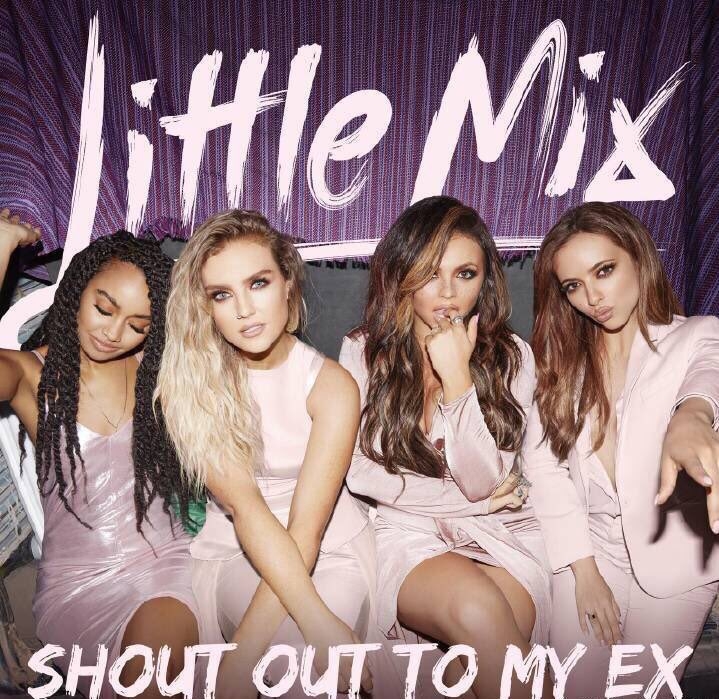 « Previous 1 2 3 4
Little Mix
Little Mix is a British girl group consisting of Jade Thirlwall, Leigh-Anne Pinnock, and Perrie Edwards. They competed on the eighth season of The X Factor UK and won. Little Mix’s first single “Wings”, was released on August 26, 2012, it reached number one in the UK and Ireland. Their second single, “DNA” was released on the November 11, 2012, it peaked at number 3 in the UK. Perrie Edwards, Leigh-Anne Pinnock and Jade Thirlwall successfully auditioned as soloists for the eighth series of The X Factor in 2011. READ MORE
Perrie
Jade
Leigh-Anne