Little Mix will be a part of a new series “Your Song”:

What is “Your Song”?
“Your Song” will be a 60 minute segment that will showcase real life heroes and the stories of their extraordinary deeds. These heroes will be treated to performances by their favourite musical artists.

The show will be produced by Simon Cowell’s entertainment company Syco and Thames.

As per Digital Spy, “the artists that are taking part in the new series include Rita Ora, Paloma Faith, Little Mix, The Script and James Arthur.”
Willis’ take on her new project
.
Source: celebmix.com

James Corden meets with the ladies of Little Mix to propose a duet as part of their performance on the show and does not want to take “no” for an answer. 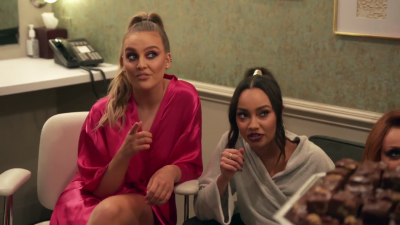 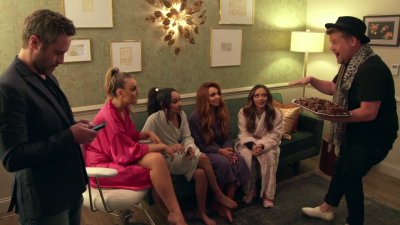 The world’s biggest girl group is set to tour Australia in July with The Glory Days Tour 2017.

Little Mix show off their language skills as they read the news in Italian, Spanish and Norwegian for Alan Carr Show.

Dec
Little Mix Perform Shoutout To My Ex LIVE on the TODAY Show
posted by: Summer Little Mix Shout Out To My Ex TV Show Videos

If you fancy a little more Little Mix in your life then today is your lucky day as apparently the girls are apparently planning to film their very own four-part reality TV show.

The concept sounds a whole lot like The Wanted Life and Chasing The Saturdays and is being described as an ‘intimate look’ at Perrie, Jesy, Jade and Leigh-Anne’s lives as they head off on their tour around the US and Europe in 2017.

Set like a fly-on-the-wall type documentary, the idea is apparently to give an up close and personal look at life in a band and no subject will be off the record with the girls discussing every aspect of their lives as the show progresses.

While the gals’ record label Syco are still said to be negotiating a deal for where the show will air, they are clearly pretty excited and chatting about the big idea, Jesy said:

“We are in talks at the moment. We really want to do a ­documentary as we feel people do not know much about us.

They know our songs and have seen us perform but they don’t know our personalities, so we would love to do a documentary. We want to get someone to follow us around on this whole tour for a whole year.

And the drama. There is always drama in our lives. Honestly we actually don’t ever get it on camera, do we? So that will be good for people to see that.“

« Previous 1 2 3 4 5 Next »
Little Mix
Little Mix is a British girl group consisting of Jade Thirlwall, Leigh-Anne Pinnock, and Perrie Edwards. They competed on the eighth season of The X Factor UK and won. Little Mix’s first single “Wings”, was released on August 26, 2012, it reached number one in the UK and Ireland. Their second single, “DNA” was released on the November 11, 2012, it peaked at number 3 in the UK. Perrie Edwards, Leigh-Anne Pinnock and Jade Thirlwall successfully auditioned as soloists for the eighth series of The X Factor in 2011. READ MORE
Perrie
Jade
Leigh-Anne