Jan
Between Us – Lyric videos are out now!
posted by: Summer Album Between Us Little Mix Music Music videos Videos Youtube

The first seven Between Us lyric videos are out now! Check below:

The first seven Between Us lyric videos are out now 🤍 Make sure you subscribe to our YouTube to see the rest first https://t.co/ceIEhKwX3z pic.twitter.com/5BwfjdOQfF

Jan
Leigh-Anne has been shortlisted for the Media Champion in the Public Eye of the Year award | the British Diversity Awards
posted by: Summer Awards Documentary Leigh Anne: Colourism & Race Leigh-Anne Nominations

Leigh-Anne has been shortlisted for the Media Champion in the Public Eye of the Year award at this year’s Burberry British Diversity Awards for her work showcased in the BBC documentary ‘Leigh-Anne: Race, Pop & Power’: 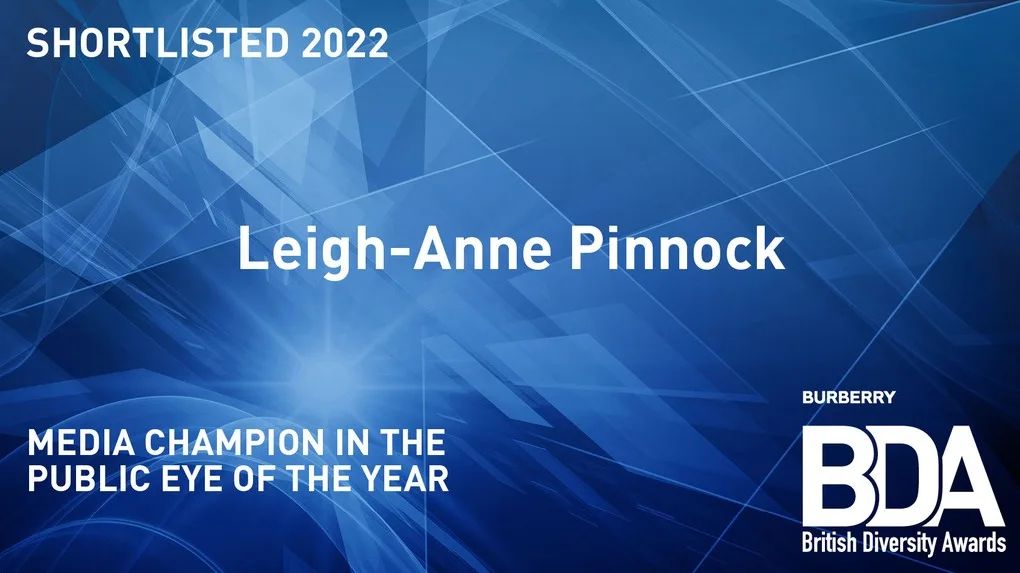 The singer has been shortlisted for the Media Champion in Public Eye at the British Diversity Awards, sponsored by Burberry, alongside the likes of Denise Welch, Tom Daley and Marcus Rashford.

Leigh-Anne Pinnock: Race, Pop and Power was praised by critics and viewers alike as the singer laid bare the prejudices she’s faced in the industry and strove to make it more inclusive for people from minority backgrounds.

Insiders claim she is a heavy favourite to take home the prize at the ceremony, which will be hosted by June Sarpong on March 10 inside London’s Grand Connaught Rooms.

Back in November Leigh-Anne took home the Media Progress Moment gong at the 2021 Ethnicity Awards.

She said in her video acceptance speech: “Thank you for the amazing contributors to the documentary who shared their stories – the film would be nothing without you. In the words of Dawn Butler ‘when the history books are written, what’s going to be said next to your name?’ The hard work doesn’t stop here.”

Leigh-Anne attended the UK’s biggest celebration of Black music and culture, the MOBO Awards on December 12th. I added photos to gallery: Leigh-Anne made her second style statement of the evening as she took to the stage in a revealing leather dress: Leigh-Anne attended the premiere of her new movie Boxing Day alongside her fiancé Andre Gray at the Curzon cinema in Mayfair, London on November 30th. Jade and Perrie joined Leigh-Anne on the red carpet. Check photos below! Little Mix say they’re “taking a break” after their 2022 Confetti tour but insist they’re not splitting up permanently. The group shared news of their hiatus on social media:

We wanted to let you all know that after the Confetti tour in April/May next year we are going to be taking a break from Little Mix.

It’s been 10 amazing years, a wonderful non-stop adventure, and we feel the time is right to take a break so we can recharge and work on some other projects. We can’t thank you enough for your love and never-ending support since the beginning. We love you all SO much.

We are not splitting up – Little Mix are here to stay

We have plans for more music, tours and performances in the future. We’ve made so many incredible memories with you all, and we can’t wait to make so many more.

We’re sisters and we’ll always have each other and you, the fans, in our lives. Little Mix is forever

See you on tour! Jade, Leigh-Anne and Perrie x

We wanted to let you all know that after the Confetti tour in April/May next year we are going to be taking a break from Little Mix. pic.twitter.com/d5pYwYryIu

« Previous 1 … 4 5 6 7 8 … 280 Next »
Little Mix
Little Mix is a British girl group consisting of Jade Thirlwall, Leigh-Anne Pinnock, and Perrie Edwards. They competed on the eighth season of The X Factor UK and won. Little Mix’s first single “Wings”, was released on August 26, 2012, it reached number one in the UK and Ireland. Their second single, “DNA” was released on the November 11, 2012, it peaked at number 3 in the UK. Perrie Edwards, Leigh-Anne Pinnock and Jade Thirlwall successfully auditioned as soloists for the eighth series of The X Factor in 2011. READ MORE
Perrie
Jade
Leigh-Anne